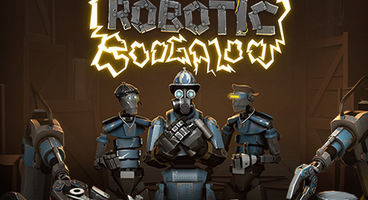 Valve has announced a new update in its official blog, Robotic Boogaloo, which will highlight 57 new items for Team Fortress 2, all of which was created in the Steam Workshop.

According to the studio, "This update is 100% created by the TF2 community. And when we say everything, we mean everything—the in-game content, the update hub website, the animated short, the comic, even the splash images in the Steam store. Even better, everything you created avoided the classic trap of using other companies’ intellectual property. (Those of you working on a Darth Vader Pyro mask, we've got some bad news for you.) Plus, in a first for the Team Fortress economy, all the creators of the Robotic Boogaloo Update have decided to share the revenue earned from the sale of RoboCrate Keys. That means that everyone involved will be profiting from this update, not just the people making hats."