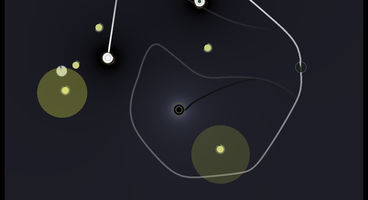 Australian-based See Through Studios has put its quantum level action-puzzle game Particulars on Steam Greenlight. The game puts the player in the role of a scientist who's been shrunk down to sub-microscopic level.

In the game, the player must deal with quantum mechanics and particle properties, taking on the role of a quark. Gamers "must negotiate the fundamental forces of the universe. Other particles will push and pull at you, keeping you on the brink of losing control and being dragged towards annihilation!"

"Particulars is inspired by - and heavily based upon - the principles behind subatomic particle physics," stated the developer on the Greenlight page, adding, "Having said that, the game doesn't place the exact rules and laws of physics ahead of great, enjoyable gameplay. The aim, more than anything, is to give you a feel for this alien world, and for the laws that govern it. It's a way for people to get a handle on quarks and the strong force and the craziness they entail, rather than a replacement for Wikipedia or the like."

Gamers interested in Particulars can check out the Steam Greenlight page here. 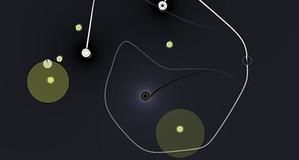