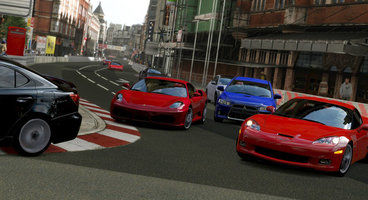 Gran Turismo 6 will be released on the 6th December 2013 for the PlayStation 3, and the game will have some technical issues on release; the issues won't be patched until after launch however.

For one, the weak engine sound effects will be improved with the patch. According to series creator Kazunori Yamauchi, "I think I mentioned this in the past, but we're really working to change the fundamental way that the engine sound works. Right now I have a feeling that it might not make it for day one for GT6."

Don't count on any data transfers from Gran Turismo 5 to 6 either. "For Gran Turismo 5 to Gran Turismo 6 there'll be no real transfer of data. The main reason for that is the GT5 save data has been cracked already, so we can't really confirm the validity of the save data. So my hope is that between GT6 and GT7 we can transfer some of that across," Yamauchi explained.