Currently there are eleven products listed, including Surgeon Simulator 2013 and Team Fortress 2. The new search category is still missing some titles that have confirmed Oculus Rift support, such as Euro Truck Simulator 2 and Dark, but these will presumably be added as the search listing is further refined.

The Oculus Rift is yet to get an official release date, although a consumer version has been announced thanks to extensive backing from investors. 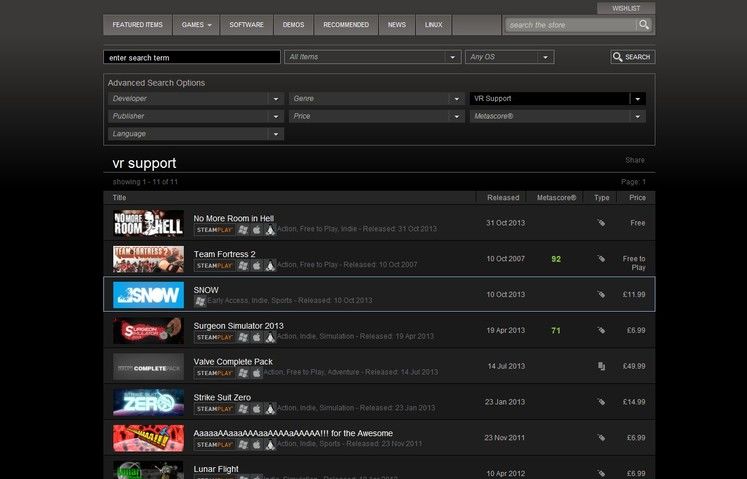