Respawn claims Titanfall not "gunning" for Call of Duty 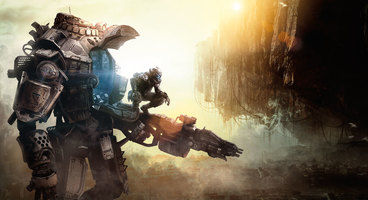 Respawn co-founderVince Zampella claims that Titanfall is not intended to go head-to-head with Call of Duty, the IP he and Jason West left to start their own studio.

"For us, we're a small startup studio," Zampella stated. "We're 60-some developers. So for us to be able to focus on one platform

Zampella confirmed that Titanfall would lack a single player campaign, citing time and effort developing levels. Instead, Titanfall will use a Brink-like multiplayer naarrative, melding single- and multiplayer together.

"We make these single-player missions that take up all the focus of the studio, that take a huge team six months to make, and players run through it in 8 minutes," Zampella described. "And how many people finish the single-player game? It's a small percentage. It's like, everyone plays through the first level, but 5 percent of people finish the game. Really, you split the team. They're two different games. They're balanced differently, they're scoped differently. But people spend hundreds of hours in the multiplayer experience versus 'as little time as possible rushing to the end'

As for Call of Duty, Zampella claimed, "Honestly, we're not shipping the same time as them. We're going for something different. We're not gunning for Call of Duty. We're doing our thing. The important thing is to make sure what we're doing is fun. I'm OK with Call of Duty being big. I helped create it, so I'm proud to see it's something so big that it goes beyond me."

Titanfall is due to be released in the Spring 2014 for PC and Xbox One, while Call of Duty: Ghosts will be released on the 5th November for all platforms.