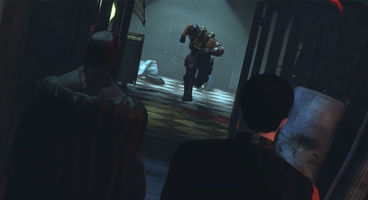 Warner Bros. has confirmed that Batman: Arkham Origins won't be adopting the Games for Windows Live platform, as instead it will include Steamworks. The previous Arkham titles were hostage to GFWL.

No multiplayer was present in Asylum or City, but GFWL was used to track achievements. The unfortunate side effect was installation troubles and saved games often lost during backup or transfer.

It's great news then that Arkham Origins, which does feature some significant multiplayer, will be adopting Steamworks instead to provide anti-cheat protection.

The Games for Windows Live Marketplace is shutting down, Microsoft announced recently, but the platform service itself will continue to run as otherwise a slew of titles on PC would cease to function or update. It's scheduled to close August 22nd, and will not likely be missed by PC gamers. At launch Games for Windows Live charged for online play.