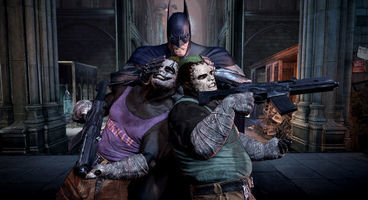 According to an alleged former EA executive who'd rather remain anonymous, now departing CEO John Riccitiello has led the publisher into an era of not kicking ass. He's not "done much of anything of interest".

Instead EA has had "unstaunched bleeding out of equity" while under Riccitiello's leadership, they continued. The company suffers from a "huge staff of unproductive senior execs" at the top.

Apparently senior execs are referred to internally as the 'EA Retirement Home'. All the creative driving forces have long since abandoned ship to go elsewhere and innovate.

"Riccitiello lost money every single year he was at EA while I was there, (and probably every other year he was there too). He just didn't know anything about games, or rather, interactive entertainment in general," the former EA executive told GamesIndustry.biz anonymously. This flies in the face of the more kind remarks from colleagues.

"After I left, he was gone for a while... Riccitiello came back, but since he hadn't learned anything as a VC guy, he really didn't bring anything of value with him the first or the second time. He's much more obnoxious than impressive."

"So now Larry is back while they find someone, and while Larry is really sharp and knows the market, I don't have a clue as to whether his heart is in it. (I suspect not.)" Larry Probst is now interim boss at EA.

"EA currently has a huge staff of unproductive senior execs that have 'retired in place' (internally we used to call it the 'EA Retirement Home') and they might think they are (or were) creative powerhouses, but of course the creative people actually left EA long ago to seek work where they could be creative (take risks), and invent things," they added.

"EA hasn't done much of anything of interest in 10-15 years, as proven by the unstaunched bleeding out of equity over that entire time period. It's sad really, that company used to kick ass. Riccitiello was the single largest reason it stopped. Maybe it will heal, but I don't think so." EA stock has recently tumbled 8 percent after having climbed slightly following Riccitiello's resignation. The uncertainty of who is taking over the reins is plaguing investor confidence.

What does EA really need? Probably more of this...