2.0 patch for SimCity arriving on Monday

20 April 2013 | By Jonah A. Falcon
Maxis has announced that the major 2.0 patch for SimCity will be arriving this Monday on the 22nd April. The game's servers will be brought down at around 1:00PM PDT as the update is installed.

According to the developer, "Choosing a time to issue a major update is never easy, but after looking our peak player time, we’ve concluded 1 p.m. PDT is the best window for us to make these improvements." 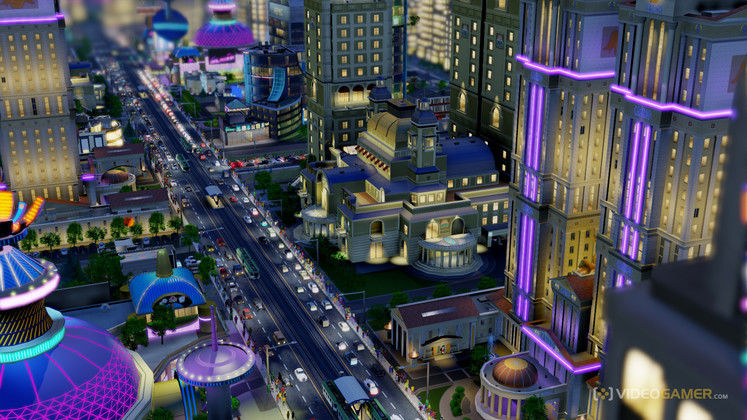 Some of the improvements in the 2.0 update include bug fixes and fine tuning, including:

• Mayors Mansion: Mayors will now drive their fancy cars to work. Mayors will take their helicopter, limo, or sports car if the modules are present.

• HUD: Now color-corrects when in a colorblind mode.

• Data map: Data maps show the filtered color when a color filter is enabled (unless in a colorblind mode)

• Cities not Processing: Mitigates some of the issues that were causing cities not to process. We are continuing to work on and improve this issue.

• Invitations: Invitations to join a region should be sent and received more quickly.

- New tourists will now decide to come into a city once leaving tourists reach train stations, bus depots, or cruise ship docs instead of waiting for those tourists to go out to the region first.

- This change will reduce the downtime of tourist buildings.

• Casinos: Casinos tuned so that Gambling will be a more profitable specialty. Players can bulldoze and replace existing casinos to see effects of tuning.

- The larger casinos now invite more tourists into the city which helps keep them full.

- Note that existing casinos will need to be replaced to take advantage of this change.

• Region Play: Cash gifts can now be received in a bankrupt city.

• Education: Fixed school buses getting stuck at the high school. Existing Schools will fix themselves.

• Education: Fix where kids leaving the school bus stop would teleport to the nearest pedestrian path instead of walking directly into the school.

• Recycling: Fix for the Recycling Center where it would sometimes stop working, recycling services will visit other cities.

• Water: Water pumps are now capable of pumping water from rivers at a larger radius so they can take better advantage of the water table in a city.

• Transit: A city with residents and public transit will now provide the accurate amount of workers and shoppers to its neighbors.

• Transit: A transit vehicle stuck in a pick-up or drop off loop will now go back to a garage instead of trying to pick up more people.

- Transit vehicles should recover automatically after the update. If players want to force the recovery, turn off the stops that are having looping issues, wait a few game hours, then turn them back on.

• Transit: Neighbors buses will now come in lower numbers into the city and do a better job at picking up local passengers first.

- Buildings are prevented from going up in density when they don’t have power or water.

- The amount of happiness gained from low taxes, police, fire, and health outreach has been lowered.

- Fixed some cases where buildings would not go abandoned when they should have.

- Higher density residential buildings are no longer blocked from going abandoned due to not having enough money.

- Happiness from low taxes does not double up every time it is given.

- Losing happiness due to not having a job is more impactful.

• Budgets: Fixed bug that prevented systems like fire, abandonment, garbage, and sewage from turning on when they were supposed to.

• Audio: Fixes issue where audio will stop working after creating a large city or where phantom audio sounds play in a city.

• Demolish: Fixes issue that occurred when players demolished buildings that had service vehicles, delivery vehicles, or agents out in the city or region. Previously, the agents would be in a state of limbo and would not recover when new buildings of that type were placed. This will no longer happen.