20 May 2013 | By Jonah A. Falcon
Amazon.com has announced a Batman: Arkham Origins preorder deal in which the consumer will not only get $10 in Amazon credit, but "Playable Deathstroke DLC". 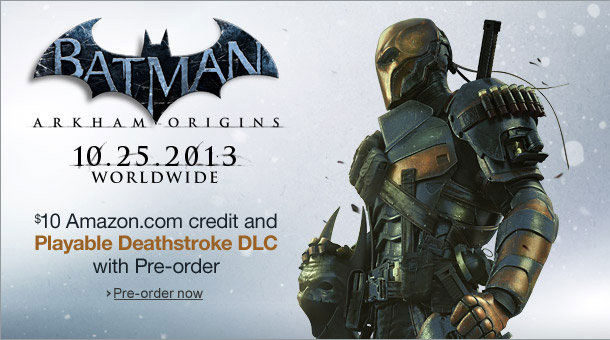 It's likely that "playable" means in challenge modes, much like the PS3 exclusive Joker content in Batman: Arkham Asylum and the Batman: Arkham City DLC featuring such characters as Robin and Nightwing. However, the Catwoman DLC in Arkham City allowed players to play in the single player campaign as Catwoman.

It remains to be seen which option the DLC is.