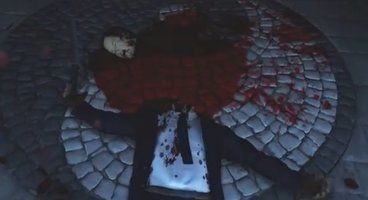 Lo Wang is back as Devolver Digital has announced a remake of the classic 1997 3D Realms shooter Shadow Warrior. The game is being developed by Flying Wild Hog, which made the sci-fi shooter Hard Reset.

Devolver Digital promises that the remake will blend "the viciously over-the-top gunplay of its predecessor with the elegant precision of the powerful katana."

According to the press release, the player will find themself as Lo Wang, Zilla Enterprise's corporate shogun, in a hunt to find a legendary sword called the Nobitsura Kage. Lo will be aded by a banished spirit from another realm named Hoji. He will find himself having to employ "a masterful combination of gun, blade, magic and wit to discover the truth behind the demonic invasion and banish the encroaching forces back into the darkness."

The game will be released for PC, PlayStatation 4 and the next-gen Microsoft console in 2014.