Ubisoft "not going to ship" a 70% Assassin's Creed game, "damages the brand" 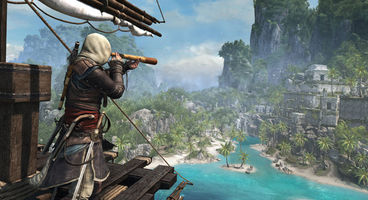 Laurent Detoc of Ubisoft's North American arm says they're ready to stop a project in its tracks if quality slips, and while not naming names, "because you know them as well as I do," big brands aren't immune.

Fans "won't want it any more" if you start shipping a series at 70% of what it was. Now Ubisoft is ramping up Assassin's Creed you need "something fresh, but you have to bring quality too."

Detoc has also explained why they aren't afraid to 'look like idiots' by delaying a title if they feel more polish is what's needed, despite everything else thinking its ready.

“If we think we’ve ended up with a 70 percent Assassin’s Creed game, we’re not going to ship it. That damages the brand."

“I’m not going to give you the names of products, because you know them as well as I do, but if you start to make games at 70 percent, even with a big brand, eventually people are going to change their mind about that brand. They won’t want it any more. That’s what saves the recurrence," Laurent Detoc told IGN.

“There are 30 million people or so who have been playing Grand Theft Auto. Last year, to pick a round number, we had about 10 million people playing Assassin’s Creed. When we come up with an Assassin’s Creed the next year, there’s another 10 million brand new people who might be interested in the new setting, because of the new history, or the new naval battles and the pirates. It’s a variation on gameplay from even last year."

“You bring something fresh, but you have to bring quality too. There’s a lot of people who can play your game. We have fans who come back to the franchise and we’re very thankful for them, because we think we’re giving them a good game to play, and they give back to us when they buy it. But there’s a lot more people out there who we can sell games to.”

Ubisoft delayed Watch Dogs until next year despite everything looking ready for 2013, and the news of the push back surprised even Ubisoft insiders. “I like to think that we don’t delay everything,” Detoc said.

There are reportedly two more Assassin's Creed titles in the works according to sources, with the next due in 2014.