Richard Garriott clarifies his remarks, "not trying to toot my own horn" 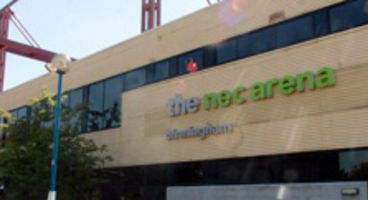 Recently, Ultima creator Richard Garriott claimed that "most game designers really just suck" but that's not how he exactly meant it, or something. Garriott has offered to clarify what he meant a bit more.

His point was that "game design is the hardest" and also "most valuable skill to build" in the industry, and that on the whole "we are not doing so well creating the talent we need" because education is lacking.

Now that's what 'most game designers really just suck' meant, Garriott lets us know. The Gamasutra article with his statement was "skewed to make a sensationalist slant."

The RPG veteran/creator God published his own comment after the minor furore his comment caused. His original comment from the article included the following: "...I’ve met virtually no one in our industry who I think is close to as good a game designer as I am. I’m not saying that because I think I’m so brilliant. What I’m saying is, I think most game designers really just suck, and I think there’s a reason why.” Garriott explained it was because of a skills deficit.

Thanks (NOT!) for the sensational headline! While I appreciate those of you who read the whole thing, to see better the whole context, even still, this article is skewed to make a sensationalist slant.

My point was, that game design is the hardest, but also the most valuable skill to build in the industry. That every company lives and dies based on the talent of its game design team, and that as an industry we are not doing so well creating the talent we need in this industry, because educational systems have not caught up in this area as well as programming and art. I was not trying to toot my own horn, rather state that game design is hard. Ah well. :)

Were Garriott's words spun out of context or did he just communicate his message poorly? On a more positive note his Shroud of the Avatar: Forsaken Virtues Kickstarter campaign continues to receive pledges with 17 days left. It has already met its $1 million funding goal thanks to over 15,600 backers. Stretch goals have been revealed. 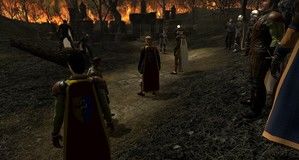