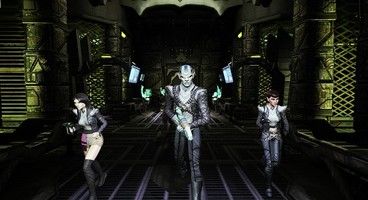 Perfect World has announced the pricing for the upcoming Legacy Pack that will be coming with the Legacy of Romulus expansion for Star Trek Online.

While the Starter Pack is only $19.99, and includes two new ships (the T'Varo Warbird Retrofit and T'Varo Light Warbird), the Liberated Borg Reman Bridge Officer, and the "Survivor of Romulus" title, the Legacy Pack comes in at a hefty $129.99.

If that weren't enough, it also adds 30 master keys, a Reman "Nemesis" Uniform, and the "Rihannsu," and "Survivor of Romulus" titles.