Shadow Warrior ditching overt sexism and racism, as well as multiplayer 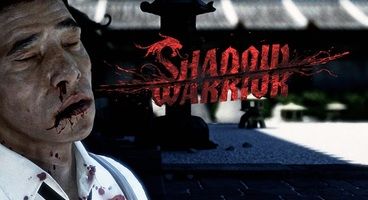 Devolver Digital is rebooting Shadow Warrior, the infamously politically incorrect (to the point of offensive) first person shooter from 1997, but will be ditching the racism and sexism from the game - as well as multiplayer.

According to the publisher's Nigel Lowrie, "There’s a light-hearted humor element to it. The first one had some wise-cracking, and it also had things we avoided, like the racial stereotyping and misogyny and things like that. The writing team did a very good job of re-inventing Lo Wang, he’s still a smartass… but it’s a much more clever sense of humor and wit, rather than relying on the old Duke Nukem or Shadow Warrior tropes, falling back on jokes about women and racial stereotyping.”

Instead, the game will focus on gameplay. “We’re experimenting with some mystical powers, upgrading your sword. The katana sword, from the original Shadow Warrior, you could slice people to pieces,” stated Jan Bartkowicz, the lead writer at Flying Wild Hog, “It was done with two to three animations for it. When you experienced that in the original Shadow Warrior it was something new… we took that katana game play and worked on it very hard so you can blend shooting with swinging your sword in the combat. I think it’s going to be something very different than what happens in shooters these days.”

The developer also stated that there would be no multiplayer component - the game would be strictly a single player experience.