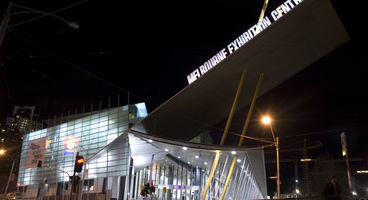 The hippest and most popular gaming convention - and by games, we also mean board, card and pen-and-paper roleplaying games as well - Penny Arcade Expo made its debut in Melbourne, Australia this year, and now Penny Arcade has announced that the show will be returning 31st October to 2nd November 2014 there.

The convention will be moving to the much larger Melbourne Convention & Exhibition Centre.

Gamers had better be quick, however, since the 2013 show was completely sold out months before the event took place. This is one of the reasons for the move to the larger venue.

“Not only have they helped us secure a much-needed larger venue for the show, but they’ve paved the way for talented local creators to be showcased on the global stage. The games community here is incredible, and PAX Australia is here to stay,” stated Penny Arcade president Robert Khoo.

Aussie gamers can keep an eye on PAX Aus 2014 on the official site here.