Watch Dogs has other people "out there all the time, when you don't expect it" 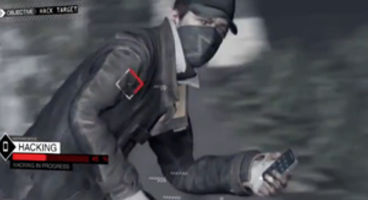 Ubisoft's Watch Dogs has been recently trailered to show off its open world gameplay, but there was some telling moments for the game's multiplayer functionality. Watch Dogs is "all about hyperconnectivity."

While the word 'asynchronous' has been used, "it's much more real-time than that," teases creative director Jonathan Morin. There will be 'many others' in our game, singleplayer or not, it seems.

The setting of Watch Dogs is about a city completely connected to a centralised system, which means the city itself becomes a tool or weapon in the right or wrong hands.

"Watch Dogs is all about hyperconnectivity. To me, that has to mean all the time and anywhere. So yes, other people are out there all the time, when you don't expect it. Whether you're playing single-player or multiplayer, it's happening. You're saying asynchronous but it's much more real-time than that…" Jonathan Morin told Kotaku.

What we saw in the gameplay trailer was another player actively jumping into that session and possibly trying to hinder the player character through the security camera. Ubisoft wants to let us decide if we help or not.

"We'll let players do pretty much what they want on those terms. And I think that what's interesting is that since we're creating a fantasy that you can progressively control all of Chicago and monitor everything… if you can do that… you need to ask yourself if Aiden Pearce can do all of this, can anybody else out there do the same thing?"

"And the answer is absolutely yes." he teased. Check out the full interview between Jonathan Morin and Kotaku.