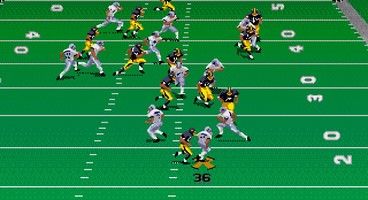 Madden creator Robin Antonick has a won a victory in his lawsuit against Electronic Arts regarding the Madden series, as a jury in U.S. District Court ruled that the statute of limitations in the suit has not expired, which means the case will move forward.

Antonick's representatives wrote in a statement, "In today's ruling, the jury tackled the statute of limitations, specifically whether the deadline for filing a lawsuit had already passed. It found in Antonick's favor, ruling that he did not suspect any wrongdoing by EA before 2005. It also found that a reasonable person would not have known about the claims before 2005."

Antonick is suing for money earned for Madden games sold before 1996, with compensatory damages of around $16 million and nearly $200 million from EA's pre-1996 game profits.

Madden NFL 96 was the last game to use Antonick's code, and was released for PC, Game Boy, Game Gear, Sega Genesis/Mega Drive, and Super NES.