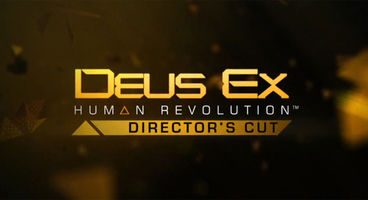 Square Enix and Eidos Montreal have released the long awaited Director's Cut to Deus Ex: Human Revolution in the US on Xbox 360, PS3, Wii U and PC. Europe and PAL territories must wait until Friday.

There's also 8 hours of developer commentary available in English for those who want the inside musings of Eidos Montreal as they play along as Adam Jensen.

The Wii U GamePad, Microsoft's SmartGlass and the PlayStation Vita all act as second screens with additional functionality for Deus Ex: Human Revolution Director's Cut. Square has offered discounts to PC owners on the improved version depending on if you own the original game and its DLC or now.