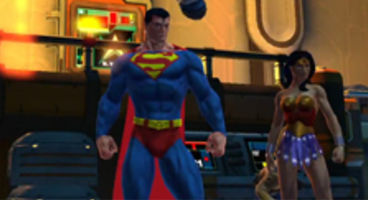 The classic Red Baron returns as Mad Otter Games, founded by the game's creator Damon Slye, has started a Kickstarter drive to back the World War I dogfighting sim, which will not only feature a single player, DRM-free experience, but a robust multiplayer including skirmishes as well as a MOBA mode.

Red Baron will also feature realistic AIs that share the personality and tactics of their real-life counterpart, with such flying aces as Manfred von Richthofen (the Red Baron), Rene Fonck, Ernst Udet, William Bishop, and Edward Rickenbacker represented in the game, as allies or enemies. Players "may find that suddenly an enemy ace has dropped a personal note of challenge over your airfield (just as they did in WWI). Why? Because two missions ago you shot down one of his comrades, and now he is out for revenge!" states the developer.

As for the MOBA, Red Baron will feature one called “Alpine Alley," which features two team bases and three neutral routes. To win, one team to advance on and destroy the enemy’s base.

According to the developer, "Players may choose to dogfight, engaging enemy aircraft in epic battles of skill and merit, or they can complete map objectives, such as retrieving a spy from enemy territory or collecting research notes to advance the technology of their team. All the while, AI controlled tanks will continuously spawn and advance on the enemy base via one of three alleys. Players may engage enemy tanks, pushing the battle lines further into enemy territory or defending against enemy advancement. As players destroy enemy planes, tanks, towers, and complete map objectives, their actions will be rewarded with resources that are used to upgrade components, such as ammunition, engines, wings, defensive capabilities and more."

Finally, players generate XP after missions to upgrade their pilot, plan and hangar. Through XP, new aircraft, upgrades, skins and decals can be earned. Upgrades are available from 1915-1918, just in real life, with improved engines, propellers, guns, and so on. 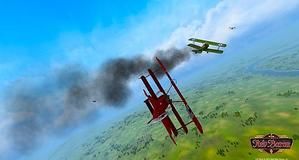