According to OP, more than 400,000 players log in per month, and 100,000 play daily. The average user is said to have spent more than 95 hours in the game. There is no word on concurrent player stats, however.

The game was formerly The War Z, but was forced to change it title thanks to the US Trademark Office, suffered a "humbling" hacker intrusion, while game creator Sergey Titov hurled gay slurs at spawn campers. 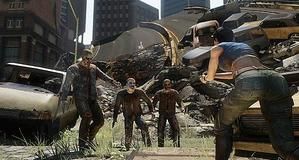