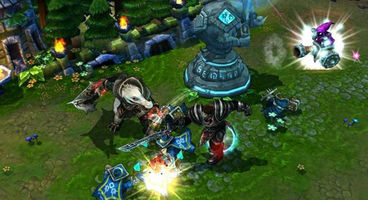 There are 116 characters in the League of Legends universe, and many were put together with quick backstories when the MOBA began its life. This is now catching up to developer Riot Games.

They've begun to suffer the "Marvel effect," as they try to juggle all these characters in a huge metaverse. There are "deeply disconnected issues" plaguing Runeterra.

Riot Games is now looking to correct the mistakes of the past by tying the 116 characters closer together, of which there could be many more in the future.

Systems designer Alexander 'Xelnath' Brazie posted an open letter on the state of LoL's lore in response to a community member hoping for answers from Riot Games, which you can read below:

You've said it yourself, we have 116 characters and suffering from the Marvel effect. A lot of them were created in a time where we didn't think about the implications of their story upon the world of Runeterra. Once upon a time, Runeterra was just going to be a point of convergence for many worlds, each with their own story, like Morgana/Kayle.

However, as we've matured, we've realized the deeply disconnected issues trying to control a "metaverse" can bring. So we are trying to reframe our understanding of Runeterra as a single, coherent world.

This means a lot of work you guys haven't had the chance to appreciate yet. It's not a simple problem, but I feel like our new characters have a richer place in the universe now. I would love to see our stories move forward - but first we have to understand who they are.

Let's hope there's not too much of a 'Marvel effect' or soon enough they'll be owned by Disney corp. and churning out action movies ad nauseam. You can have a whole spin-off franchise on rage quitters alone. Teamwork FTW!