26 January 2013 | By Jonah A. Falcon
Sony Online Entertainment has added a new section to the official PlanetSide 2 site called the "Roadmap". The Roadmap will not only give players a chance to see what changes will be down the road for the game, but also to vote on what they'd like to see implemented. 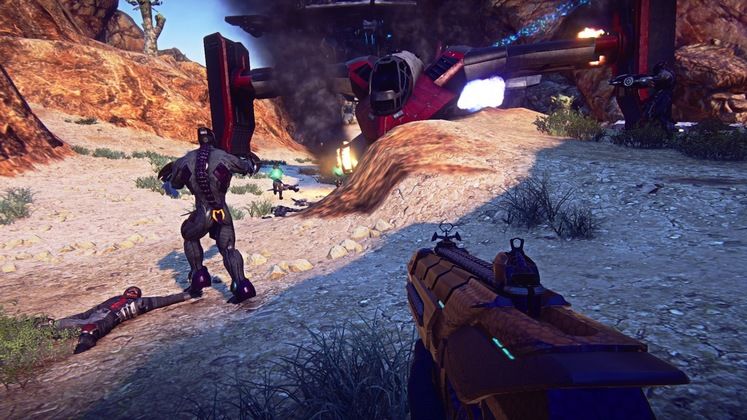 Basically, changes will be up- and down-voted by gamers, and the most up-voted ideas will be given a priority.

SOE CEO John Smedley stated on Reddit, “It’s just a simple tool for us to be able to gauge sentiment about a particular topic. Remember it’s still a forum thread (although with cool nested comments) and we’ll still be reading what people are actually saying. However if we list 5 topics for February and people highly vote 4 of those 5 and everyone hates on one of the ideas, it’s fair to say that’s going to get our attention.”

SOE will also be adding a Suggestion area as well in the "near future". Stay tuned.