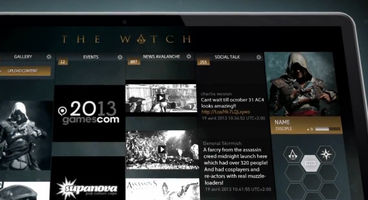 For those eager for more hidden blade action in Assassin's Creed 4: Black Flag, Ubisoft has announced a VIP program that offers exclusive content for the upcoming instalment. They call it 'The Watch'.

It's designed to cater for those fans who have really fallen in love with the lore of the Assassin's Creed universe, with plans to introduce in-game member quests and special bonuses.

It's certainly not your usual promotional item, but it just may appeal to a certain hardcore AC following. The Watch is accessible through PC, tablets and smartphones.