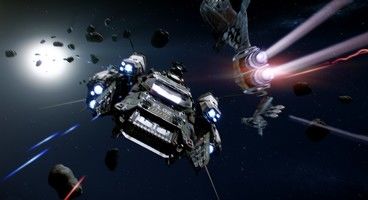 Star Citizen only raised $2,134,374 on Kickstarter, but raised more on the official site after the Kickstarter drive had ended.

Developer Chris Roberts' studio Cloud Imperium Games crowed, "That’s a record you should be proud of. But we're just getting started!"