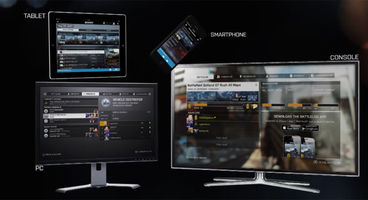 DICE has released their video for Battlelog's new iteration for Battlefield 4, with producer Oskar Gabrielson revealing it supports tablet devices, which makes sense given how Commander Mode works on them.

Using a tablet or smart phone with Battlelog will let you adjust your loadout, keep near constant vigil over the full map, stalk your friends, join a server and set attack points. We live in future times now.

Put away that cumbersome minimap overlay blocking your screen, and instead force one eyeball to turn and study your Battlelog-powered tablet to obsess at the strategic level.

You can jump into a server via the mobile app too, so following your friends into matches should be quite easy. You can also drool over all those totally important statistics of your virtual soldiering, and tweak your current loadouts - just don't let your younger siblings or jackass friends get their hands on it!