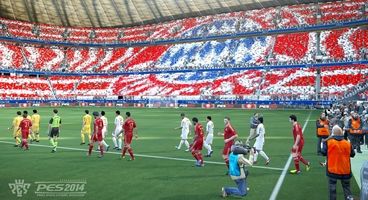 Konami has officially announced the release date for Pro Evolution Soccer 2014. The latest edition of the pro soccer series will be released in North America on the 24th September 2013.

PES 2014 has been overhauled to utilize the FOX Engine that was developed by Kojima Production; it will also be used in Kojima's Metal Gear Solid 5. The overhaul also includes enhancing many of the game's mechanics, "such as collision detection, player models, rendered grass on the field and the thousands in attendance in the stands."

Some of the new features includes "TrueBall Tech", which allows "total body control", where players can trap or knock on a pass using their analog stick, while the "Motion Animation Stability System (M.A.S.S.)" uses physics and skeletal systems to determine realistic collisions.

Meanwhile, the "Heart" mechanic improves the simulation of team chemistry and morale, as well as player mental ratings. "Each player in the game now employs mental attributes in addition to playing styles and skills, and can be adversely affected when having a poor game. However, if an individual is not playing well, his team mates can rally round and will work to support him." Overall, the Player ID system gives individual physical ratings that makes sure that they exactly played in real-life.

The game also includes tweaks to both team play as well as game resolution, as well as additional animation and graphics.

Gamers interested in checking PES 2014 can check out the official page here. The PC version has yet to be officially announced. 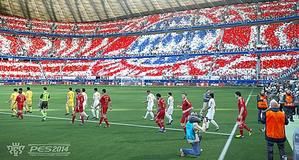