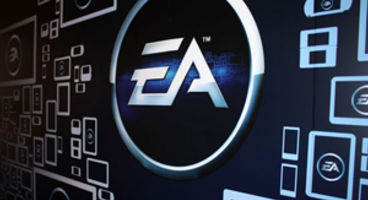 There's doings afoot! According to some industry insiders, Microsoft will have some very EA-specific news to break at their highly anticipated Next Xbox event, which it is thought to be staged somewhere in April.

It's unclear what EA intend to showcase on Microsoft's stage but there's speculation it could be Battlefield 4 DLC related, as any game platform exclusivity would be extremely unlikely.

CVG reports that "EA has secured a partnership with the Xbox firm, according to accounts from two sources who wished to remain anonymous." They couldn't spill details.

Activision recently announced some PlayStation 4 exclusive add-ons for Bungie's Destiny, so Microsoft is likely wanting some powerful payback against their rival. Securing EA's catalogue of Battlefield 4 DLC would be a major win, especially when coupled with the usual timed exclusivity of Call of Duty map packs.

"It was more about timing of our own slate as well as trying to maintain a good balance of power with all the parties out there and choosing when to unveil certain pieces of software," said EA CFO Blake Jorgensen, when asked why the publisher wasn't in attendance at such a huge event.

"I'd say, between now and E3, you are going to see a lot of stuff, and we are going to choose with our marketing teams when to announce." EA certainly has interest in pursuing PS4; they're not shunning it.

"At the end of the day we are very excited about Sony's platform. We feel there's a huge opportunity there. The technical power on the platform is going to allow us to do a substantial amount of things that have never been done before."

"I have seen the new Battlefield, and it is just stunning. It is just amazing what the imagination of the game developers are allowed to do with that much power," continued Jorgensen.

Only time will tell if Microsoft is planning a super special one-time event in April for the new Xbox.