28 March 2013 | By Jonah A. Falcon
Free-to-play online racing game Auto Club Revolution has a new update, and one of the major additions is a new racing dynamic, wet conditions.

Wet condition brings limited visibility and reduced grip, which forces players to focus on the road, as wet curbs and grass present a hazard to the driver.

Other tweaks that are or have been added to Auto Club Revolution includes:

· Issue which caused players to stick at 100% loaded when in a race lobby, instead of becoming 'ready' has been fixed

· Improved car view on the Homepage

· New car challenges, every car now has its own set of challenges

· Achievement pop-ups will now display one at a time

· New Track Select - replacement to the current drop down menu

· Gearbox settings (manual, automatic etc) can now be specified in your profile settings

· A new penalty system replaces the Penalty Zone based system used until now. Time spent with 3 or more wheels off the track is a potential penalty, upon returning to the track the system calculates any advantage gained and adds this to the total race time in the form of a "penalty time". Upon race completion, finishing position are calculated by adding race times to penalty times for a Total Time and racers are then arranged in order by their Total Time to establish finishing positions. Once finsihing, players enter a Pending status while all players finish and Total Times can be calculated. Payouts are awarded once the pending status has finished

· Retro-rewarding of Car Mastery achievements. Users who completed the conditions for car mastery challenges before the launch of car mastery will have them retro-completed on their account and any rewards automatically given.Note: Total Distance Driven challenges are not retro-fitted onto the player account

· Retro accepting of German T&Cs. German users will be asked to view and agree to updated terms and conditions

Gamers can check out Auto Club Revolution at the official site here. 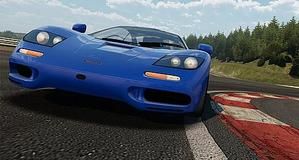