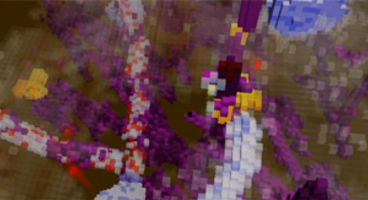 The "dynamic voxel" arcade shooter that is Cell: emergence from New Life Interactive has been updated to v1.1, with the major change highlighted as "visual tutorial screens" to better explain what it's all about.

The curve of difficulty "remains steep," warns the studio, but hopefully a sale on digital store Desura will help lure you in. It's selling for just $0.99 until February 4th. It's also campaigning for Steam.

They hope to get enough love from Steam users that it graduates Steam Greenlight. What the heck is Cell: emergence all about anyways? You're a nanobot.

The visual tutorials in v1.1 explain "terminology and the HUD," which apparently are the "two main barriers new players have faced when learning the game. " Many criticisms of Cell are that it has been too hard to try and get into, which New Life acknowledges. The team claim their indie title offers innovation "in spades".

"In this new version of the game, players still face challenging levels and surprising organic reactions within the 1,000,000-cell gameworld, but they now can focus on finding a cure for the heroine's disease rather than deciphering the entire field of nanomedicine," they said, via Desura. Check the trailer below to better explain this voxel-based shooter. 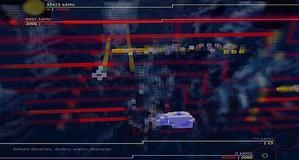