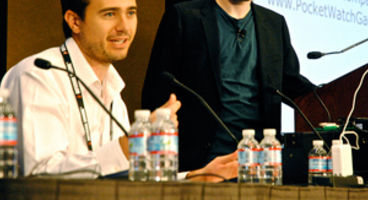 Monaco creator Andy Schatz feels that designing a game around a shifting budget is "a terrible way to design", as he explains his "unpopular opinion" of Kickstarter and the rise of stretch goals.

He goes as far as to say they're "total bullsh*t." This is his 'idealism' as a game designer speaking, says Schatz. He believes you should "figure out what the game is" and what it needs.

The indie developer is against letting crowdsourced 'free money' dictate additional features. The impact of Kickstarter is still being analysed by many in the industry.

"I have a little bit of an unpopular opinion of Kickstarter,” Andy Schatz told reports Penny Arcade.

“I’m really glad for the people that have been really successful on Kickstarter, and don’t get me wrong, I really like the idea of free money, but I’m of the opinion that designing a game around a variable budget is a terrible way to design a game. To be frank, I think that stretch goals are total bullshit.” Many use stretch goals to entice more backers.

He argues that stretch goals endanger a game as features can feel tacked on, whereas giving deep thought to what a game is and what it needs helps those mechanics organically mature.

“If you are adding in some optional thing to incentivize people to give you money… there’s a difference between allowing your fans to have an extreme amount of input on the game, which I do, the beta testers have an incredible influence on the game, but letting them design the game in the sense of ‘if the budget is this, then I’ll do this, and if the budget is that, then I’ll do that,’ that to me sounds like the perfect way to make a game that’s insufficiently complete or bloated."

Andy Schatz's Monaco was given a $100,000 budget from Indie Fund, which acts as an advance of capital against future sales of the title. "Once the game is released, you first pay back the investment and then share 25% of the revenue, until we double the initial investment, or until 2 years after the initial launch date, whichever comes first,” they explain.

Monaco: What's Yours is Mine releases on Xbox 360 and PC this April.