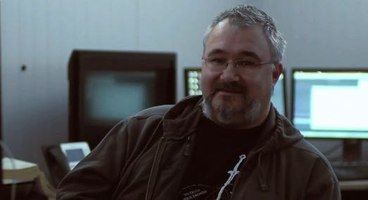 Niagara, Ontario police have released a statement that Shadow of the Eternals developer Precursor Games employee Kenneth McCulloch has been arrested on child pornography charges.

According to the release from the Niagara Regional Police Service, "On Thursday, June 27th, 2013, Detectives from the Internet Child Exploitation Unit/Child Abuse Unit, Technological Crimes Unit and Uniform Officers executed a search warrant at a St. Catharines residence. Subsequently, a significant number of computer systems and peripheral devices were seized as evidence."

Company CEO Paul Caporicci issued his own release expressing shock, stating "Having just learned of these disturbing charges today and based on the serious nature of them, Ken McCulloch is no longer affiliated in any way with Precursor Games."

McCulloch was one of the developer's founding members along with Denis Dyack, and was described as a Lore-keeper. World-Builder. Dream-merchant" on his employee profile. The profile is now gone, and McCulloch is no longer employed by Precursor.

Shadow of the Eternals failed its Kickstarter crowdfunding campaign weeks ago.