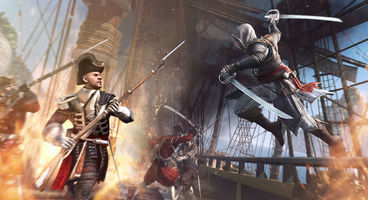 When asked if he thought gamers were getting tired of a yearly release, UbiSoft Montreal head Yannis Mallat stated, "No. The players will tell us. Right now there are more and more coming into the franchise, so I don't see that day."

He then explained, "It's our breakthrough. When you have quality content, the frequency of coming out with the game is not an issue at all. On the contrary, people expect more and more of that content. So it's natural to be able to provide that content. The gamers are happy and it's our job to make them happy."

Assassin's Creed 4: Black Flag is due to be released on the 29th October of this year.