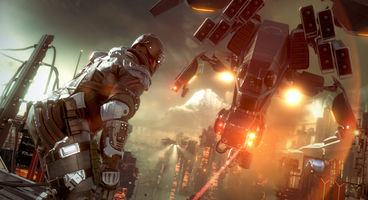 He also said that Guerrilla "do want to branch out," referring to other types of games. Whether they will realise their dream with this new IP project however, he couldn't elaborate.

Starting work on a new project before the current one is finished is nothing new to the Sony-owned studio, as they began Shadow Fall while Killzone 3 was wrapping up.

"Usually what happens is at the end of a game people start to roll off," Boltjes explained. "The artists and the coders work the longest, and then QA. But the designers, at some point their work is done. They're not allowed to touch the game because that changes everything for all other departments."

"So about three to four months before you ship, the designers sit down and think, what can we do for the next one."

"So, about three years ago we went into that phase," referring to Killzone 3's end. "The really tricky part about that phase is not trying to do too much. You have a room full of people and they all have a different idea of what they want to change about the game. They can't do everything, especially if you only have two-and-a-half years to build it."

"So it's streamlining that process of what we want to do to this is what we're actually going to do. That's the tricky part."

Killzone: Shadow Fall releases on PlayStation 4 at launch. Whatever the new IP it's PlayStation bound.