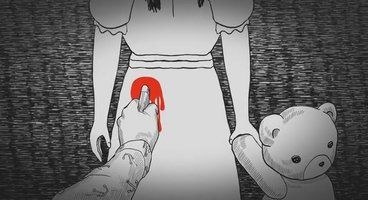 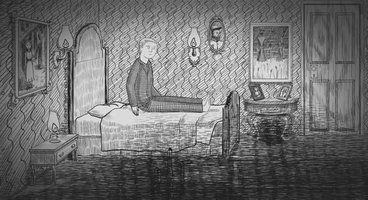 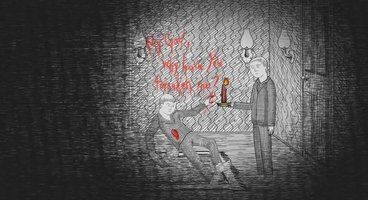 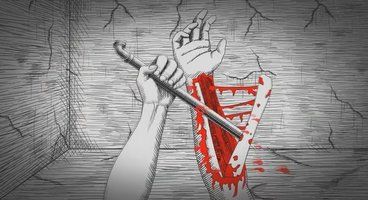 According to Gigenbach, who is developing the game through his studio Infinitap, Neverending Nightmares "is a psychological horror game inspired by the real horror of my battle with obsessive-compulsive disorder and depression." In true survival horror style, the player won't be able to pick up a a gun and kill the creatures infesting the game easily. It's all about vulnerability.

The art style is influenced by the famous illustrator Edward Gorey - players of the card game Gloom may recognize the style - and uses color to emphasize interactive objects as well as blood, whose red stands out from the largely monochromatic game. The game also emphasizes light and dark.

The protagonist switches from waking and nightmare state, and some of the imagery can be quite graphic and disturbing, despite being a line art game.

Gamers who missed the Kickstarter drive can back the game on the official site here. 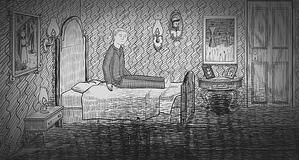