01 October 2014 | By Admin
Crown of the Ivory King, the final entry in a trilogy of DLC for Dark Souls 2, is out now on Steam. Time to travel to a frozen wasteland and find all-new ways to get stabbed by things.

The DLC was originally set for a September 24 release, but was subsequently delayed on PC and consoles.

According to Capcom, Crown of the Ivory King; "includes all-new stages, maps, boss characters, weapons & armor! In this third DLC, players will find themselves in a world shining bright with the glow of treacherous ice. Can you find and recover the lost crown?" As well as traditional hack-and-slashing, players will be able to gather a band of 'Followers' to help them out with the expansion's tough final boss fights. Sort of like the core game's summons, but on a larger scale. 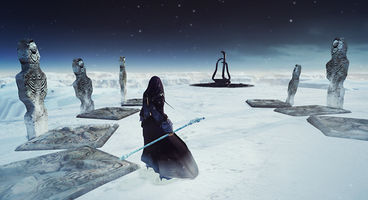 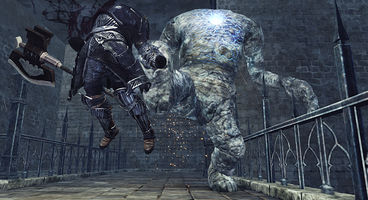