A few weeks back news broke that Atlus had gotten on the case of the RPCS3 for basically advertising that Persona 5 was basically full playable on PC thanks to their emulator. Though the may have scrubbed any mention of that from their site, the game still works just fine. Now, it's even playable native 4K. Something the PS3 had no chance of accomplishing.

The skulking rumour of RPG Dark Souls III has been slain by the fact it actually does exist. IGN has revealed a promotional image for the From Software developed sequel which has 'Early 2016' stamped on it.

The E3 image shows an armour-clad hero looking a little rough. It was believed a new entry in the unforgiving RPG series would appear this month at E3 2015 next week, and now it seems it will.

It seems leaks have sprung for Dark Souls III which is rumoured to be appearing next week at E3 2015 in California. The tough-as-nails RPG has also let some alleged screenshots surface, according to YouTube channel The Know.

They also claim to have some of the very first details, like how a PC version is 'negotiable'. It will support 1-4 players, 10 playable classes, 45 new enemies, 15 new bosses, 60 mins of cutscenes, and even 'sword fighting arts'. 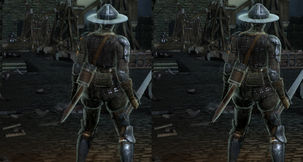 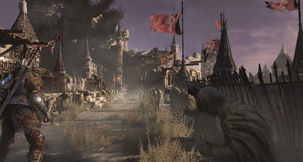