03 January 2014 | By Nick Horth
Conquest of Paradise, the latest expansion for Paradox Interactive's grand strategy game Europa Universalis IV, has been showcased in a new developer video log that sheds some light on the changes fans can expect from the upcoming DLC.

Amongst the changes revealed in the video below are improvements to the colonial system, which now allows rebellious colonies to rise up against you as a new independent state if you fail to keep them happy.

also fleshes out the native American nations, as revealed in a previous developer log.

You can begin ruthlessly exploiting native populations or fending off greedy colonials this January 14, when the expansion pack launches. 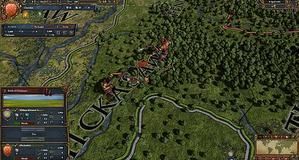