04 March 2014 | By Simon Priest
Square Enix has just announced that Murdered: Soul Suspect will be out spooking its way into retailers in early June. No pre-order goods have been revealed yet for Europe but "more on that soon!"

It will release first in North America June 3rd, and then a little later for Europe and PAL territories June 6th. Murdered: Soul Suspect is for PC, Xbox 360, PS3, Xbox One and PS4.

We play a detective who gets murdered most foul, and then is trapped in the realm of the dead. We'll be looking to solve our own demise and interacting with fellow spirits crossed over. 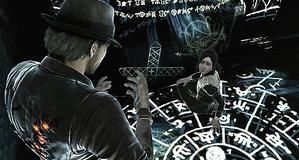