How to become an Emperor (in The Elder Scrolls Online)

06 January 2014 | By Nick Horth
Lucky players in The Elder Scrolls Online can reach the giddy heights of Emperor of Cyrodiil. It's not easy though, as the developers explained in an interview with OXM.

Elder Scrolls Online is launching on April 4, and allows players to join one of three factions battling for control of Tamriel.

Here's the game's PvP in action. Best part? The guy twirling a one-handed crossbow like some kind of Middle-Earth James Bond.

Acquire enough points from winning PvP matches, capturing keeps and gathering experience and you might be able to seize the crown for yourself. All the aforementioned actions count towards your personal Alliance Points total, and when your faction captures enough strategic points on the map, the highest ranking player is crowned Emperor. Thus begins the joyful abuse of power.

"Players who become Emperor will get a full skill line that they keep throughout the rest of their lives in The Elder Scrolls Online," said game director Paul Sage. "It won't be easy to become Emperor, but we think people will be glad they worked for it." 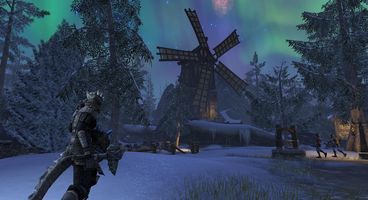 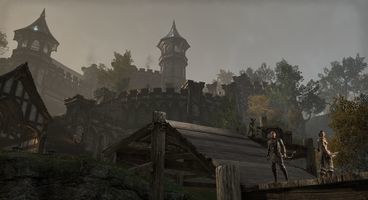