06 August 2014 | By Nick Horth
Avalon Lords is an MMORTS, which is a real and genuine thing, since you asked. Essentially the developers want to create a huge, seamless, sandbox world where players can build up their Kingdoms and send their armies off to war.

It's currently on Kickstarter seeking a campaign goal of $150,000 and, though it's always hard to tell, it looks like developers Animus Interactive actually know what they're doing. They've got a plan and everything.

"Discover friends and enemies as you explore a 3D map that’s as big as England," reads the Kickstarter page. "Uncover ruins and vanquish NPC brigands. Find mountain passes or other interesting points on the map and set up watchtowers and fortresses to guard strategically valuable locations. Battle to keep your army and cargo safe as you pass through hostile territories and claim lands for your Kingdom and Empire."

The idea, and it's an ambitious one, is to create a robust, real-time tactical combat engine, and mix it with familiar massively multiplayer features - guilds, quests, trading and crafting, a huge open-world, all the usual. The developers are emphatic that the game won't be pay to win, which is one reason why they're opting for the traditional monthly subscription model.

"Avalon Lords will not be pay-to-win - we will never sell items that give in-game advantage", they write. "The game will be available for purchase, straight up. Traditional PC MMOs like Wildfire, Everquest, World of Warcraft, EVE Online and Final Fantasy XIV charge an upfront box price and monthly subscription. We’ll do the same and avoid annoying microtransactions. We want Avalon Lords to be about skill, not the size of your opponent’s wallet."

Animus say they need about three months to create a playable alpha version of Avalon Lords, at which point they hope the support and hype will be enough to secure funds for the game's completion. I'd say an Early Access version wouldn't be a huge surprise.

Check out the game's Kickstarter page for more information on the game and the various stretch goals available. There's 22 days left on the campaign. 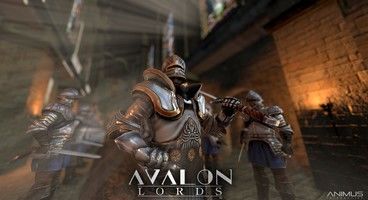 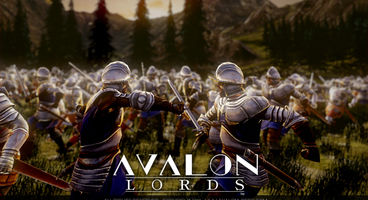