07 January 2014 | By Nick Horth
In a post on the UbiBlog community manager Anna Ficek-Madej reassured fans of the strategy franchise that the upcoming EndWar Online is not intended to replace a sequel to the original 2008 title.

The browser-based game will take the franchise online, and aims to create a massive online war with thousands of players involved.

But Ubisoft are keen to point out that it's more of a spin-off than a sequel, an attempt at something new but not a compete change in direction for the franchise itself. There's no confirmation that EndWar 2 is in production, but it remains at least a possibility.

The most important point to keep in mind is that EndWar Online is not “instead of” EndWar 2. We never found ourselves asking the question Should we make EndWar 2 or EndWar Online? It doesn’t work like that. Our team was very much focused on making a high quality browser-based game for the core gaming community, and we wanted to bring the EndWar universe to as many gamers as possible. The two desires seemed like a perfect fit, so we pitched the idea and went about creating EndWar Online. 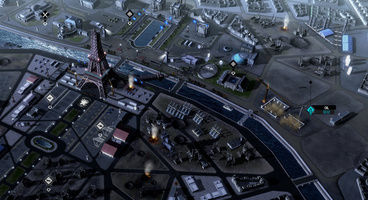 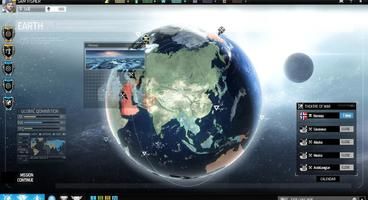 We see EndWar Online as a great chance to continue the story and expand the EndWar universe – to bring it to life in a new way and make the experience significantly larger and deeper. In EndWar Online you will lead your own Faction, recruit army generals, customize units, research weapons, rebuild countries destroyed after World War 3 and engage in the global Theatre of War. Millions of players around the world will be playing together.

EndWar Online is being developed at Ubisoft Shanghai, the Chinese branch of Ubisoft's terrifying global superpower.