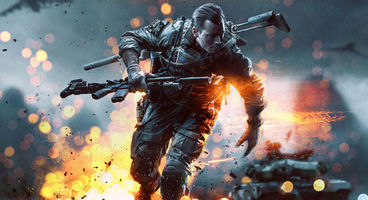 All that huff and puff over the Battlefield 4 launch? Not a dent in the Battlefield brand, says EA chief financial officer Blake Jorgensen. They've not seen any lasting 'damage' from the troublesome launch.

He pointed to the "complexity" of Battlefield 4 that tripped it up, and players had been "very responsive" to fixes released. Additional content is "working very well" for retention.

The true test of 'brand damage' of course will be what numbers appear day one for the next Battlefield, as those who already bought Battlefield 4 are committed to it now.

"We haven't seen any damage", Blake Jorgensen told a conference held in San Francisco. "Clearly we're very focused on protecting that brand." While various social media circles effectively blew up over the Battlefield 4 launch, the actual numbers of sales and users tell a different story it seems.

"We've also tried to provide extra content to the consumers to make sure they keep coming back and playing the game and we're finding that it's working very well. I don't see that there's a damage issue. I think for us it's making sure that we're providing great gameplay for the consumer and we'll continue to do that," he continued.

The Battlefield franchise will be "critical" to EA's fiscal 2015, which begins April 1st. Visceral Games is reportedly working in the Battlefield space, but on a 'police-themed' spin-off instalment.

Money talks, and money says 'great job EA!' Let's see what the next round of wallet voting looks like.