07 May 2014 | By Nick Horth
All versions of DC Universe Online have been updated with new content. The Amazon Fury update adds a new storyline featuring Wonder Woman and her Amazon soldiers battling the evil Circe's troops across Gotham City and beyond.

This is part one of a three-part DLC story series for the DC MMO, and adds various goodies including a new shared open area, Solo Iconic Visions, a four player Alert and two new Duos. Below you can find the plot synopsis and listed features.

Hippolyta, Queen of the Amazons has gone mad, or so it seems when she allies with Circe and declares war on the mortal world! Her own daughter, Wonder Woman, has rallied an army of Amazons that will defend the people of Gotham City, and try to help their Queen see reason.

-New Duos – Join an ally and take on two new Duo missions set in the Themyscira seaside port and warehouses.

-New Iconic Vision solo missions – Play as Wonder Woman or Circe in new solo missions and relive crucial moments that led up to the Amazonian civil war. Heroes and Villains can play as either character! 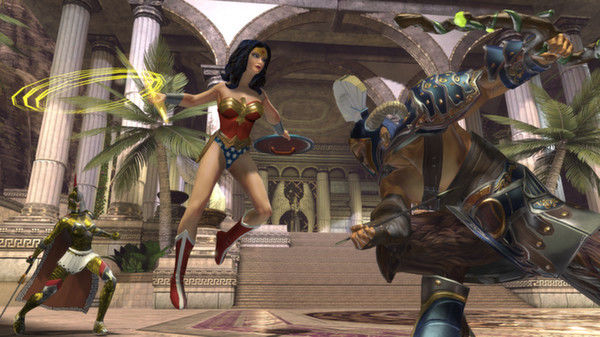