Third deck for Magic 2014: Duels of the Planeswalkers available

08 January 2014 | By Nick Horth
Wizards of the Coast have released Deck Pack 3 for Magic 2014: Duels of the Planeswalkers. The pack features two entirely new decks - Hunting Season and Warsmith. 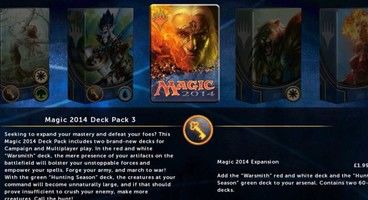 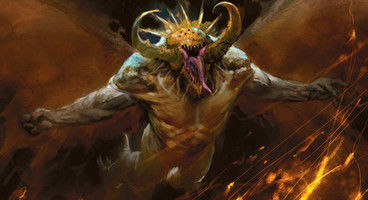 Deck Pack 3 is available over all versions of the game, including Steam and Xbox Arcade. Here's the two new decks, as described by WotC.

In the red and white “Warsmith” deck, the mere presence of your artifacts on the battlefield will bolster your unstoppable forces and empower your spells. Forge your army, and march to war!

With the green “Hunting Season” deck, the creatures at your command will become unnaturally large, and if that should prove insufficient to crush your enemy, make more creatures. Call the hunt!

You can check out the individual cards available in both packs on the official Magic website.