08 July 2014 | By Nick Horth
Infernum and Yinge Pei Games have announced the start date for the open beta of their third-person shooter Hazard Ops.

It's kicking off on July 16, and its bringing new battlefield Skull Island and a new King of the Hill game mode with it.

Hazard Ops is the Western version of a free-to-play action shooter called Zombies, Monsters, Robots developed by Chinese studio Ying Pei Games. Apparently we couldn't handle the straightforwardness of the original title. You play as a member of the International Coalition Forces, whose job it is to go around shooting supernatural beasties (and robots, presumably) in the head. The core game is a co-op experience in the vein of a third-person Left 4 Dead, but there are Versus modes too.

If you took part in the closed beta earlier this year you won't be able to keep your character, but Infernum are giving out a 'First Blood Pack' to veteran players; it'll come with various bits and pieces of gear for you to use.

You can sign up for the Hazard Ops beta here, or there's the option of purchasing a Founder's Pack if you so desire. Might want to try it first. 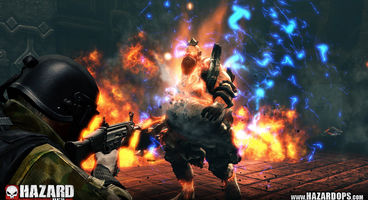 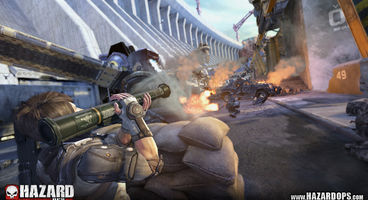