08 October 2014 | By Admin
Cult 1993 adventure game Myst, original inventor of the abstract, nonsensical puzzle that drove you slowly insane, is in the process of being resurrected as a television show. Bet you didn't see that coming.

Original developer Cyan Worlds has apparently teamed up with Legendary Entertainment to create the show, though its unclear exactly how it will be distributed.

“Cyan’s goal in working with Legendary is not just to create a compelling TV drama but to develop a true transmedia product that will include a companion video game that extends the story across both media,” reads an official announcement from Cyan. “Seventy percent of tablet owners use their device while watching TV at least several times a week. Cyan sees the potential to push the boundaries of interactive storytelling to a new level.”

Myst was actually the biggest-selling PC game ever before the behemoth that is The Sims came along, Despite being (personal opinion alert) about as much fun as a four-hour bout of un-anaesthetised bowel surgery. There's been several sequels over the years, but until now the franchise had pretty much ebbed out of the public consciousness.

For the most part, anyway. With this TV show and Cyan Worlds' crowdfunded project Obduction (Myst in all but name) on the way, it's clear there's still an audience out there. 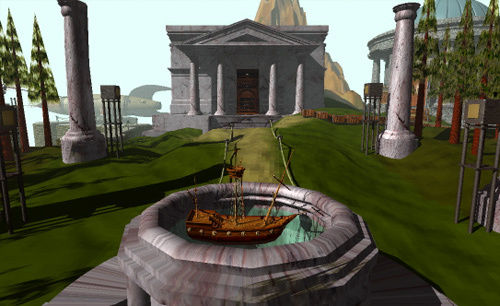