08 December 2014 | By SimonPriest
China-based Shanda Games is developing a PC and mobile version of Borderlands, and it’s taking aim at the free-to-play market in the Far East. Borderlands Online is unlikely to come to Western markets.

Gearbox Software, creator of the series, is collaborating with Shanda. Chinese fans can expect a billion microtransactions for a gazillion guns no doubt. Its impact on the wider series is unknown.

Story-wise there probably won't be much of any lasting effect from Borderlands Online as it seems geared entirely toward the free-to-play loving Chinese. It wouldn't make much sense to have major events taking place when the majority of the community wouldn't have a clue about them.

Four classes are available much like other Borderlands instalments. The most recent release in the series at the moment would be Telltale Games' adventure Tales from the Borderlands. 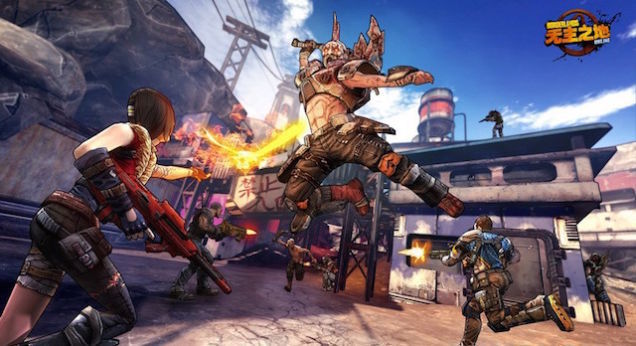