09 September 2014 | By Nick Horth
Battlefield 4: Final Stand, the last content pack for DICE's military shooter, will be fully revealed tomorrow. The developers have released a very, very brief teaser video ahead of the reveal.

Yeah, you can't really tell that much from watching it, though the accompanying tweet reads "Ready for the future?". A leaked screenshot over at BF4Central also shows what looks like some future tech weaponry.

Could DICE be doing a bit of an Advanced Warfare here? Certainly looks like a railgun being carried by the soldier chap. It should be noted that this apparent off-screen picture hasn't been verified yet, so there is a chance it's an elaborate fake. Looks real enough, though.

Final Stand is purported to be the last expansion pack for Battlefield 4. Keep an eye out for the full reveal tomorrow at 9 AM PT. 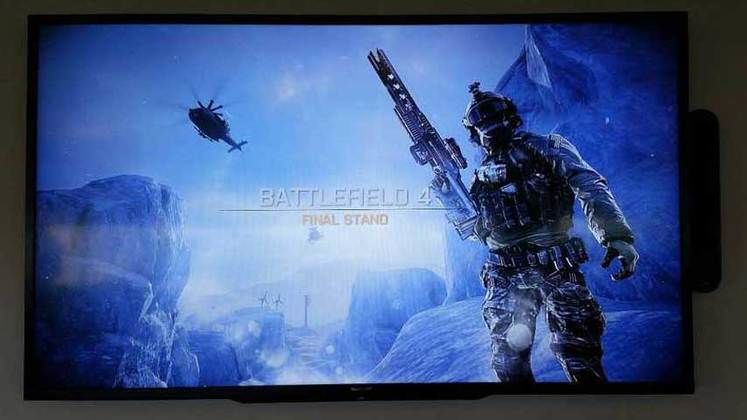