10 September 2014 | By Nick Horth
We are tight-fisted bastards; according to a report from the NPD Group, half of all PC gamers now wait for a price drop or sale before buying a game.

The Understanding PC Gaming 2014 (sexy name there) report surveyed 6,225 Americans aged 9 or over, of which 37% identified as 'PC gamers'. 46% of those gamers had bought titles digitally in the last year, but were "far less likely" to buy a game at full retail price.

"Consumers' expectations may be the greatest barrier to maximizing spending in the PC gaming space," NPD analyst Liam Callahan said. "Since half of PC gamers who play digital and/or physical games on the computer are expecting there to always be a sale right around the corner, publishers and retailers alike need to better manage these expectations."

It's a difficult topic. On one hand I don't think anyone could complain about consumers not wanting to splash out a ridiculous Â£59.99 on the latest Activision or Ubisoft release, but at the same time it's hard to deny that smaller, indie developers suffer from these omnipresent flash sales.

It's worth reading game designers Cliff Harris and Caspian Prince's eloquent posts on the subject. What do you guys think? 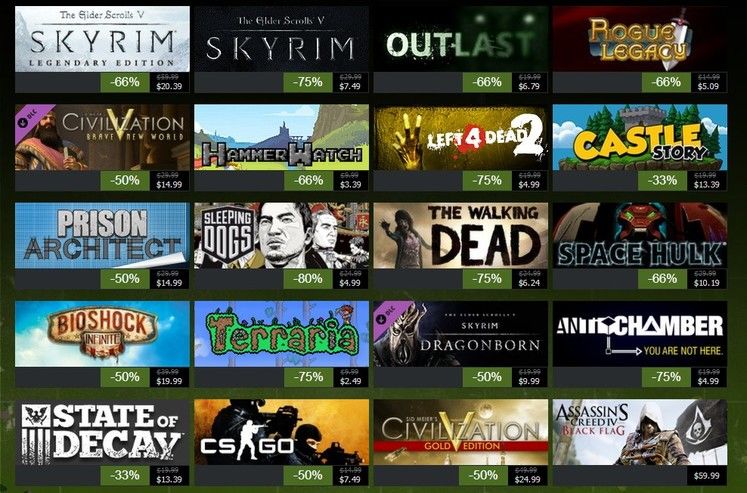