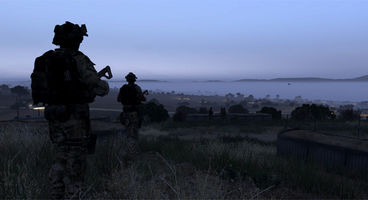 Developer Bohemia Interactive has just announced that the third and final campaign episode for Arma 3 will be releasing next week, March 20th. The arrival of 'Win' wraps up the story of NATO infantryman Ben Kerry.

It's the last piece of The East Wind campaign, adding to episodes Survive and Adapt. It's the opportunity to experience "combat on a larger scale" using all skills.

They wanted "tactical freedom" at the heart of episode 3, "together with big, combined arms engagements" as the campaign around Ben Kerry draws to a conclusion.

Three new vehicles are also packaged in Win: the single-seat A-164 Wipeout aircraft, the close-air support of the To-199 Neophron, and a 6x6 mine resistant transport truck the Tempest. There's also a 'Fixed-Wing' Showcase mission added, introducing the new aircraft. The 270 km² Altis terrain has also been tweaked with new landmarks.